The US's Story of Super Power

- March 10, 2019
The chance of the United States, which has gained ground even without a fight, has become a super power today and it has played a big role with its strategies. Interesting historical events in which the United States has gained power by knowing every European confusion. 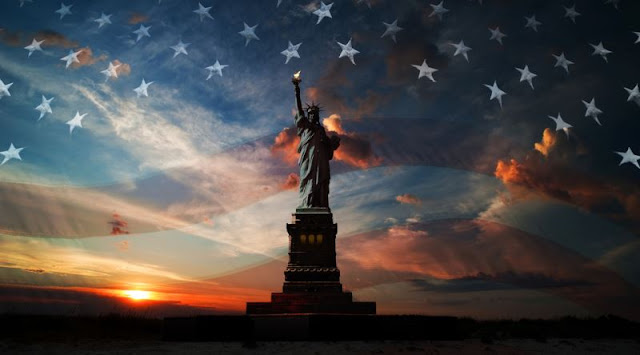 We're going to the 1700s
13 colonies want to declare independence from Britain. Britain does not want to give this passage. the British army at that time was one of the strongest armies in the world and composed of professional soldiers who gained experience in many countries of the world.

The US has not yet a regular army, the currency is worthless from the toilet paper and there is no money to buy uniforms for the soldiers. at the beginning of the war, the British superiority, but then the UK because of the internal turmoil, Britain and European countries due to the crises between the countries can not give full power here, considering the ocean between the military reinforcements and ammunition, and Britain is losing the war. Thus, the world brings the situation to 1-0. 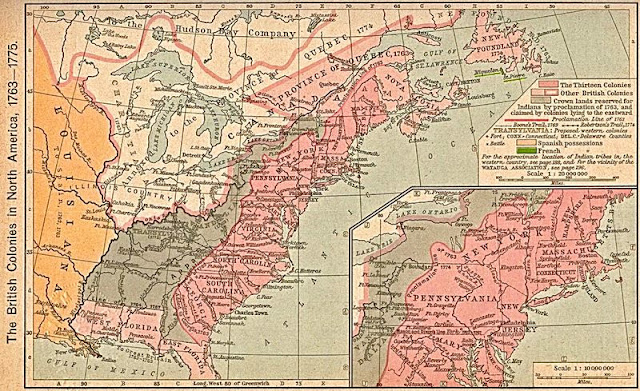 Colonies in North America in 1763
At the beginning of the US at the beginning of the game, though he is a bit sad. There is another opportunity for us. At the west of the 13 colony, the Midwest region belongs to the Spaniards, but the Spaniards are losing war to France. france, rather napoleon, wants to establish a colony here as did british years ago. Meanwhile, the war between Napoleon and the European countries is going on and in the French colony of Haiti, the slaves are armed and revolted. in Haiti, tens of thousands of French soldiers are killed because of the rebellion and the epidemic. The US immediately goes to France to take advantage of this opportunity and says, "Buy your land in North America." napoleon does not accept at first, but then he sees that there are not enough soldiers to send to America while dealing with all these problems and enemies, and he understands that he cannot protect these lands. in this case, if it does not sell to the United States, Spain or Britain will fight and France will suffer disadvantage before its rivals. in this case, Napoleon sells this land for 23 cents in exchange for free. 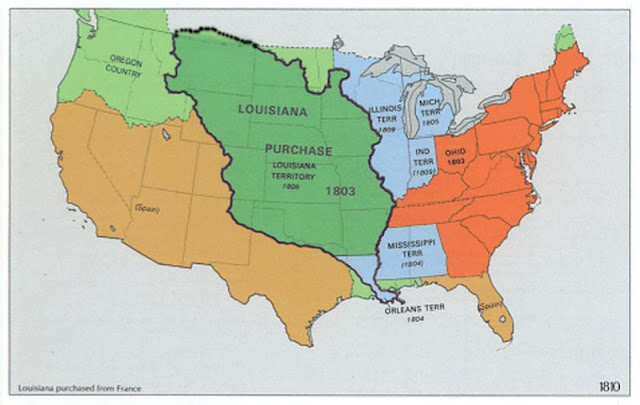 Louisiana lands from France taken by America
so that the United States folds its territory 2 without throwing a single bullet and brings the situation to 2-0.
thus, 2 crisis in Europe and the European forces underestimated us as a result of the United States has been attacked 2 times. In the 1810s, Europe was mixed again and again fighting against each other, and the United States attacked the Indians who used to be allied with the Europeans and seized the section from present Oklahoma to Canada. I looked at the referee, said the goal crossed the line. The situation is now 3-0.
In 1819 the United States and Britain came to the brink of war on the Oregon.
he has discovered oregon from the sea by britain, land and both want to dominate the region. Britain is pulling the warships to the Oregon coast and soldiers are waiting for orders to start the attack. In fact, this is a bluff because Britain's economy is collapsed and has no money to enter a new war. he is not eating this bluff and is defending his bluff. finally, because of the economic crisis that surrounds all of Europe, Britain cannot open the war it wants to open to the US and it loses Oregon. as a consolation prize, vancouver stays in the UK, but the horse is passing the Üsküdar area. 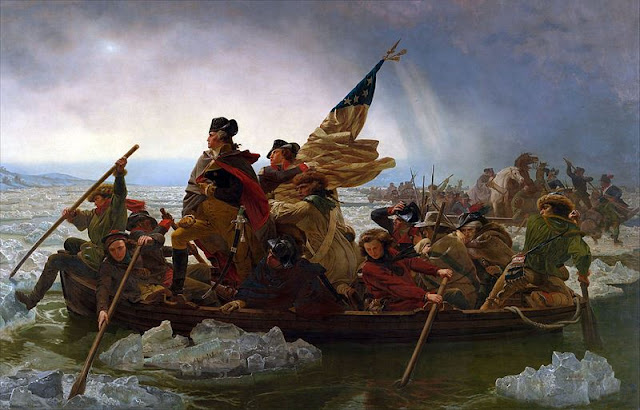 after a few years, this is now Spain.
This time the United States set his eyes on Florida. spain is dealing with the problems and internal turmoil in europe, and america is secretly sending and arming its citizens to florida. Spain's budget and the tired army do not give a hand to the war against the ocean, and Spain is leaving the region without a fight. so that he takes the sunscreen and beach towel and reaches miami.
The United States is not content with taking Spain from Spain, but Spain is weak enough to be spotted at that time, the Spaniard dominated the texas to begin to irrigate. the story is the same again. Spain is dealing with crises and wars in Europe and is unable to send enough troops to the ocean across the ocean. the spanish colony mexico builds an army with its own efforts, but the US is descending without any difficulty until the capital of mexico. then texas joins us.

In Europe when the crisis though the US is gaining power and land.
Europeans who understand the seriousness of the situation in the first place understand the seriousness of the situation, but it is costly and risky to take out thousands of soldiers beyond the ocean, and no one is involved because each country is dealing with its own issues. for example, he takes us hawaii without throwing a bullet.
Britain and Russia are on the brink of war, and the British are preparing to take over the land of Russia, Alaska at the time. Russia sees it in the war thinking it will lose for free to sell to the United States. Considering the oil, natural resources and fish coming from Alaska today, the US has almost got it for free.
In short, when Europeans eat each other, the opportunity turned into an opportunity. Usually people first and second world wars come to mind, but the United States has done so well since the 1700s. especially the country's top 10 presidents are very strong about diplomacy and have played their cards very well. the rest is like a sock.
english