The pre-order of the first electric car of Porsche has exceeded 20.000

- March 10, 2019
German car manufacturer Porsche, electric vehicle model Taycan's production capacity will increase the announced. The CEO of Porsche, who made a statement at the Geneva Motor Show, said the interest in the environmentally friendly car was great. Upon the demand from the market, Taycan's mass production will exceed 20,000. 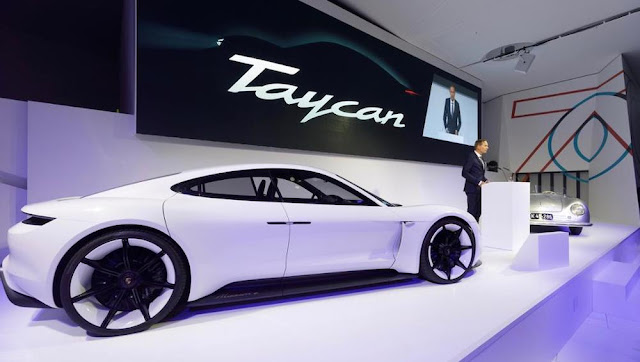 The electric car, named Mission E, which was changed to Taycan last year, will be released in September. The final design of the vehicle is not known yet.
However, the strong name of Porsche seems not to be a problem for the consumer who does not know the final design of the vehicle. Because thousands of automobile enthusiasts in Europe have already taken out a € 2,500 advance in order to participate in the purchase list of Taycan.

The car, which will be launched at the end of the third quarter of the year, will have a range of more than 500 km. The car will drive 0 to 100 kilometers per hour in less than 3.5 seconds, and can only travel 100 kilometers with a four-minute charge.
In the meantime, the automobile producer says that they only receive about 3,000 prepayments in Norway. Please note that Porsche sells only about 600 vehicles per year in the Norwegian market. In the meantime, after the mission E, Taycan with the name of the message that the car is much more enthusiastic and full of confidence. Blume's last year's words also supported this. Blume, Taycan imiz our electric sports car is strong and reliable. Ay A tool that can consistently cover long distances and reflect freedom Uzun.
Finally, 2018 is a very impressive year for Porsche. Because the company increased the global vehicle sales by 4%, the number of sales reached 256,255 vehicles. While China was the biggest market for the vehicle manufacturer, it was observed that sales rates in Europe decreased.
#english news