Stages of chocolate making from cocoa beans to packaging

- March 10, 2019
We clarify the question of how the chocolate making process requires stages from A to Z. 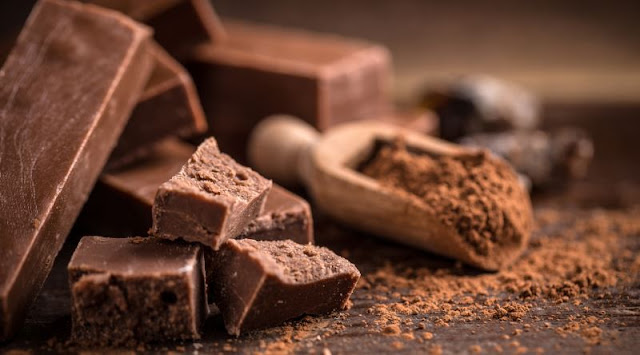 chocolate production begins with the collection of the fruit of the cocoa tree from the forests in the first place. Cocoa trees are found in tropical forests and they grow mostly in central and south america, west africa and southern asia regions. The process of harvesting the cocoa tree must be done manually, without using the machine. In the first instance, the seed capsules of cocoa are collected, then the cocoa seeds are separated and placed in bulk. Then collected cocoa seeds are sent to the manufacturer for bulk production.

7 countries producing the most cocoa in a year are
1 - Ivory Coast
2 - Ghana
3 - Indonesia
4 - Brazil
5 - Nigeria
6 - Cameroon
7 - Malaysia
cocoa seeds grow in cocoon form in the branches of cocoa trees. these cocoons are up to the size of a soccer ball. cocoons are green in the first place and when they mature they turn orange. When the cocoons ripen, the harvesters go to the cocoa orchards and cut the cocoa cocoons from their trees with special knives. 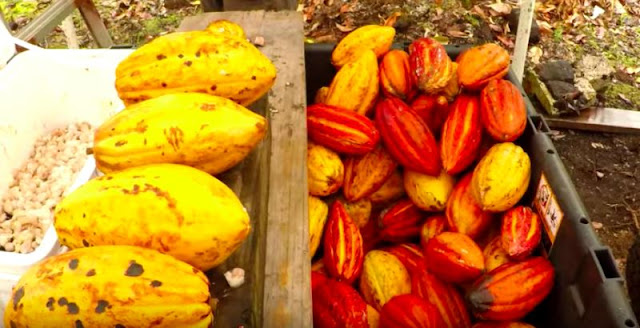 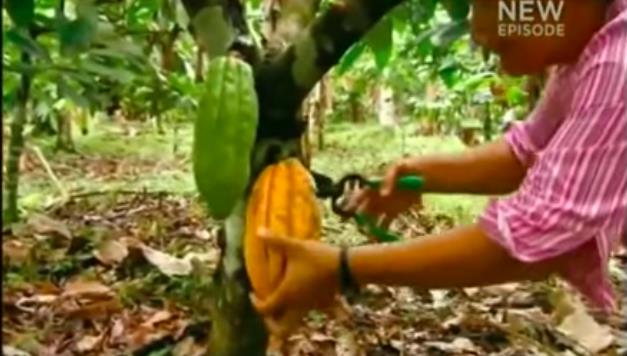 A woman collecting cocoa cones from tree
If the machine is used in the harvesting process, the trees or cocoons can be damaged, so the workers use their hands for the groceries while collecting the fruits and the short and hooked blades for the spears. After the cocoa cocoons are collected in baskets, they are taken to another place for processing. the cocoons are removed and the cocoa beans are removed. up to 50 cocoa beans can be found in each cocoon. fresh cocoa beans are not brown and do not have a sweet taste. The nuclei are fermented. they are either placed in large, deep and heated trays or covered with broad leaves of the banana tree. If the air temperature is suitable, they can also be left heated by direct sunlight. the workers come at regular intervals and mix the nuclei so that all nuclei are equally fermented. during fermentation, the nuclei turn brown. this takes between five and eight days.

After fermentation, the cocoa beans dry. farmers spread the fermented seeds onto the trays and leave them in the sun to dry. The drying process usually lasts for about a week, and after the cores dry, they fall to half of their previous weight. 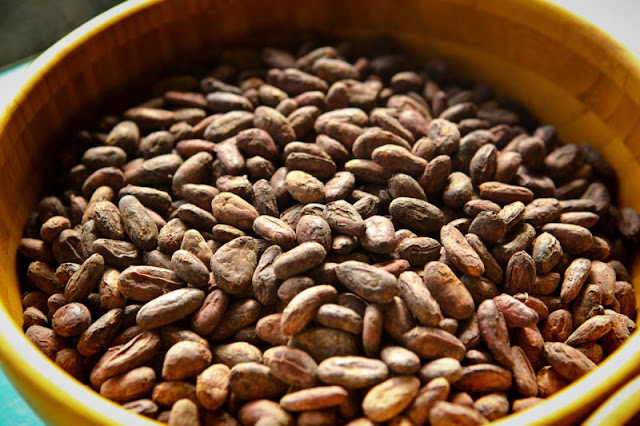 After the cocoa beans reach the chocolate factories, they are ready to be treated to become chocolate. Usually different stages can be applied in the process of producing chocolate. This is because there are different types of cocoa trees, but most factories produce cocoa butter and chocolate from cocoa beans using similar machines. first, the fermented and dried cocoa beans are purified. they are then heated to a chocolate liquor. Finally, the producers mix the chocolate liquor with sugar and milk and add other flavors. After mixing, the liquid chocolate is suspended in large vessels. from these boats, they are put into the chocolate molds to be produced and then they are packed from these molds and made ready for sale.