Social class in ancient Rome where the rich and the poor can also be found: Plebler

- March 10, 2019
The general history of the interesting social class that will allow you to think about social classes again. 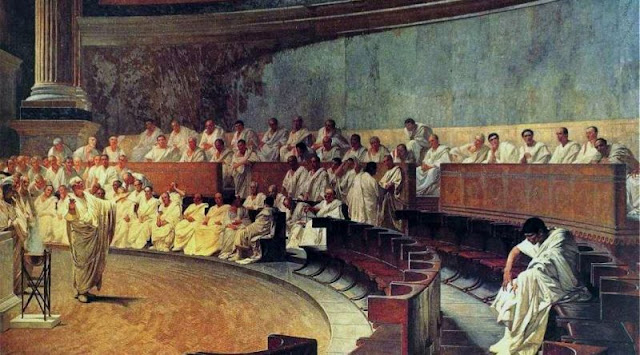 pleb is a legal class rather than an economic class.
for they have very rich in them, too, and very poor. In order for the pleb class to be fully understood, it is necessary to look at the other classes, especially the patrician class.

In ancient Rome there are four legal classes: patrician, pleb, cliens and servus (slaves). the cliens and servus class are not so important in the early period of the republic, the main issue is the struggle between patrician and pleb class.
In order for the pleb class to be fully understood, I need to look at the patrician class, because the answer to the question un what is the pleb class ancak is that it can only be given as a non-full citizen, except for the patriarchal organization. precisely when the patrici / pleb distinction is made is not known.
therefore, to understand the plebs, the organization of patrician first
Rome is the smallest family in the family, but this family is not very similar to present-day families. Because the foundation of the state, the basis of patriarch lies in the family.
In the Roman family there is an office on the Pater Familias. As the readers of the western languages ​​will immediately understand, the direct translation means "the father of the family". this family man is a phenomenon that we can call home from home today. In the Roman family the "father" has absolute authority. it is the authority that it is 10 before house, wearing it is not in the form of wearing it; it is the kind that saves the whole life of the family member.
in the roman family, for example, pater familias, the family man, his wife or son, can be sold as slaves. the son could only become the pater familias of his own family when the father died. I don't need to tell the girls ...
That was the family structure that formed the basis of the Roman community. even historians who attributed great success to the Roman state to this disciplined family structure. 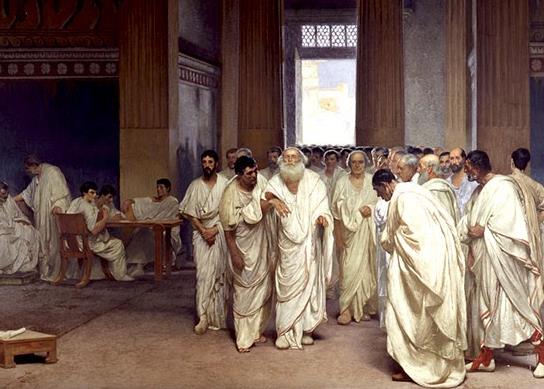 The structure that these families form together with the other families who have blood connection with them is called gens. we can also say that we in turkish. After the genslerin also see a neighborhood based on curia. we can call it the neighborhood union. ultimately we see tribus troops that are also based on blood. yet in the kingdom in time tribus number is three, each tribus on curia and each curiada ten gens are. In other words, we see that there are 300 gens in total, a community of full-fledged citizens of Roma composed of 300 dynasties. These 300 gens constituted the patrician class of Rome. Already patrician also meant father sons as word meaning. I think here is a reference to the pater familias. finally, this is not the class of 300 patriarch patriarch, docking and slave did not enter the class called the public pleb. plebs were not like full-fledged patricians but they also had some law. for example, they could get property, trade
they do not have rights
they were not allowed to marry, they were forbidden to marry patricians, they could not serve as civil servants, they had no right to be elected and elected, they could not rise to judicial authorities, they could not take religious duties. in short, he had almost no rights.
In the old Roman army, as I had written before, consisted of patrikilerden. 100 cavalry and 1000 infantry from each tribus, a total of 300 cavalry and a patrician army of 3000 infantry. but as the state grew, the warriors and deceased patricies were not quite enough, and a new order was established during the reign of the kingdom. According to this, according to the folk fortune was divided into 5 classes and 100 different units from each class were taken. they were called centuria.
For example, the 18th Centurian cavalry unit and the 80th Centurial infantry unit were taken from the 1st class, the richest. the total number of centuria was 193. that is, 98 of the military units were the richest, 95 were the rest of the people. I'll tell you why this is important. 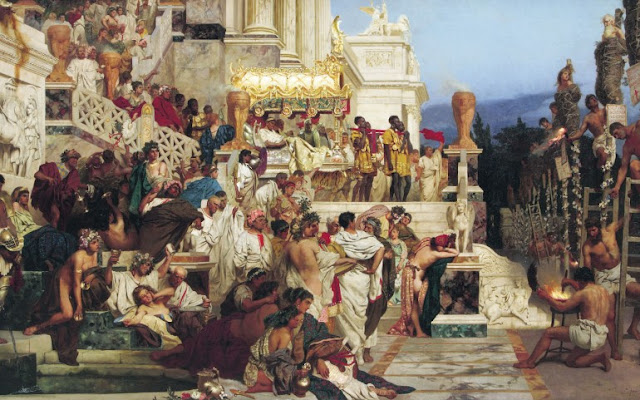 In the early Roman period, there were two councils called senatus and curia council.
senatus was a structure that served as an advisor to the kings, whose members were chosen among the old family fathers, not a lawmaker. then it will evolve into a structure that serves as a consultant in the republic period, but it will become more powerful for various reasons. the second council, the council of curia, was a council of curiosities I described above. A total of 30 percents had one vote. There has never been an individual vote in the Roman Republic.
In this case, the first right won by the plebler, because they are now joined in the army, the right to vote. the place they use this right is the newly established centuria assembly. Since each centuria had one vote in the centuria assembly, first-class Roman citizens could agree or reject what they wanted when they agreed on the issue and gained 98/193 votes. hence, this first right given to the plebs was nothing but eye-painting.
plebler did not have a right except for the eye painting, and also because they were taken to the army, the fields they left behind remained empty, had to borrow money from the patricians and became slaves because they could not pay the debt. As patriarchs were already slaves, there was someone in the field behind them when they joined the army.
moreover, the land occupied by Rome; plebler could not benefit from the land rented, sold or distributed to the citizen. therefore, while the patriarch's wealth was growing, the plebs were increasingly losing their populations.

As the roma grew older, all kinds of people, including the noble families from outside, were brought into the pleb class.
these noble families also wanted rights such as marrying patricians and joining the government. therefore, there were different plebs who fought for a thousand different kinds of rights.
yet another struggle was that patrician judges and plebiscists who made arbitrary decisions in pleb cases had no right to appeal these decisions.
all these things are united after that. In 494, the plebs sought a hand-drawn skirt from the Roman city of Rome. Patrikiler who no longer depend on the end of the plebs do not take action, and accept all requests of the plebs. Do not look at what I say all the wishes, the request of that day, in fact, only the debts to be wiped, the pardon of the fall of the plebs of the pardon, as well as a civil servant who wants to consider themselves in the legal field. however, once the plebs have seen this power, they will no longer stop.
patrikiler will do their best to protect what they have. for example, m. In the 480s, a consul, cassius, who was also a patriarch, proposed a share of the land occupied by Rome, but the other consul rejected it: "In the Republican Era, there are two consular consul who have been elected for 1 year." that's the way it closes, but even this rickety patricies, cassius'i executed the time expired.
The search for the rights of plebs lasts more than centuries
but bc. In the 3rd century, they gained almost all rights. Of course for this to be taken a few more times to the mountain, to set up their own council, many victims need to be patrici need a plebler.
english