Can Influenza Virus and Other Viruses Cause Neurodegeneration?

- March 11, 2019
About 10 years ago, neurobiologist Richard Smeyne, a neurologist at the St Judes Childrenans Research Hospital in Memphis, watched a video of a duck acting strange. The white-haired, orange-billed bird was completely isolated from its herd on a farm in Laos. She walks in circles, lifts her wings, loses her balance and falls. Then he tried to flap his wings and he was falling again. Smeyne watched the video of the duck in a seminar by David Boltz and Boltz's adviser, Robert Webster, who supervised flu research at the hospital. 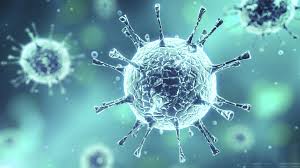 According to Boltz and Webster, the duck was infected in 2005 and 2006 with the H5N1 avian influenza virus that killed and killed thousands of birds and humans. Smeyne, who was working on the neurobiology of Parkinson's disease in the mouse, recognized the motor (movement-related) symptoms in the animal. In his opinion the animal was suffering from Parkinson's disease. Smeyne wondered about the neural mechanisms underlying the abnormal behavior of the animal.

He wondered whether the ducks infected with H5N1 virus in the laboratory showed signs of Parkinson-like neurodegeneration (damage and death of neurons). St. In Jude's laboratory of biosafety level 3, he and his colleagues infected the ducks with the virus and blew their brains out. To kill the active virus, they held the brain in formaldehyde for three weeks. 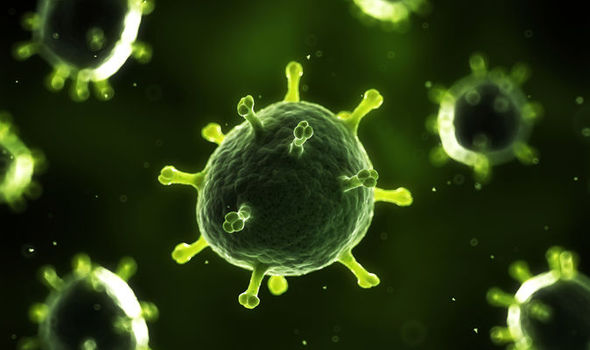 When Smeyne decomposed her infected duck brain, she focused on the brain region, a substantia nigra, which was frequently damaged in patients with Parkinson's disease. When the brains of the duck were opened, neurons in the substantia nigra part died. In this case, it could be said that the duck had Parkinson's disease. Since the bird is also in the flu, Smeyne wondered if there was a connection between viral infection and excessive degeneration he was observing. Webster asked questions about the symptoms of patients infected with H5N1. Webster's answer was not exactly consistent with the symptoms of Parkinson's disease. Examining the literature, Smeyne found more clues about the capacity of the influenza virus (influenza virus) to affect the brain. One of the first links to influenza and neural disorder; There was a link between the 1918 Spanish flu caused by the H1N1 virus and the Parkinson's disease, which occurred a few years later. Evidence showed that influenza infection was more likely to cause neurodegenerative diseases, but the correlation for Smeyne's further investigation was sufficient. Together with his colleagues, he injected non-lethal doses of H5N1 or H1N1 into rats of 6-8 weeks and followed the spread of the virus into the animal's nervous system. The results were amazing. While some viruses entered the brain, the blood-brain barrier was not blocked by a semi-permeable cell layer that separates the blood circulation in the body from the central nervous system. For example; H5N1 could infiltrate brain cells in the nervous system and kill them, and it was seen that they were targeting dopamine-producing cells, especially in the substantia nigra. While the H1N1 virus strain cannot cross the blood-brain barrier, it causes the central nervous system immune cells, called microglia, to penetrate into the substantia nigra and hippocampus. Thus, inflammation and cell death occur in these regions. Two different influenza viruses that cause two different mechanisms cause the same effect. Parkinson's disease causes inflammation and death in degenerated areas. Although Smeyne's experiment was not the only experiment that showed that viral infections caused neurodegenerative diseases, this connection was not limited to influenza. Several different viruses, including measles and herpes, can cause multiple sclerosis in rats. People who died due to Alzheimer's disease had higher levels of herpes virus in their brains. Some HIV patients also developed dementia.
When we return to 1385, doctors in Europe are known to record the connections between influenza infection and psychosis. The connection between the brain and influenza during the 1918 Spanish flu epidemic became more pronounced. The more direct evidence of a virus-brain connection appeared in the 1970s. In a study conducted by the neurologist Eugenia Gamboa and colleagues at Columbia University, they found viral antigens in the brain of people who died from encephalitis lethargica (sleep disease). Symptoms such as high fever, headache, and double vision were associated with encephalitis lethargica. Then in 1997 a research group observed that rats exposed to the Japanese encephalitis virus developed symptoms similar to human Parkinson's disease. The relationship between viral infection and brain disease was challenged. Researchers at the Armed Forces Institute of Pathology in Washington used a method called PCR in the early 2000s to search for H1N1 genome fragments in brain tissue of victims of encephalitis lethargica. But no brain tissue was found. Smeyne H5N1-infected ducks found brain damage resembling serious Parkinson's disease. No one tested the ability of the virus to cause Parkinson's until he infected a mouse with the H5N1 virus and suffered severe damage to the substantia nigra. The results also revealed a possible link that the virus could reach from the body to the brain. According to Smeyne, the substantia nigra was not the initial target of the virus. The virus first infects the neurons in the gut. In the problem, the virus goes down to the vagus nerve and is mainly used as the back gate of the brain to the vagus nerve. The aforementioned path was related to how Parkinson's disease appeared in the body. According to a widely accepted hypothesis by the German neuropathologist Heito Braak in 2003, Parkinson's disease begins in the intestine and spreads to the brain. The progression of the disease from the intestine to the anterior brain can take 25-30 years in a person's body. But this time is shorter in mice. In rodents, the influenza virus behaves in a similar manner and reveals Parkinson's symptoms in a few weeks. Smeyne et al. Found that mice infected with H1N1 could play a role in some part of neurodegeneration by triggering severe inflammation, although the virus could not enter the brain. Some studies have failed to find the relationship between viral infection and brain damage. For example; Researchers at the Center for Disease Control and Prevention in Atlanta studied the effects of the influenza race that caused the Spanish flu 1918. But the infected mouse did not show any signs of inflammation in the brain. According to microbiologist Terrence Tumpey, more work is needed on this subject.

To better examine the relationship between H1N1 and Parkinson's, the researchers gave a toxin called MPTP to the mouse that recovered from the virus infection. The mice developed symptoms of disease and lost more neurons in the substantia nigra compared to mice receiving MPTP toxin without infection. According to this study, H1N1 infection did not only cause Parkinson's disease but also made the nervous system more vulnerable to other factors.
The link between viruses and neurodegeneration 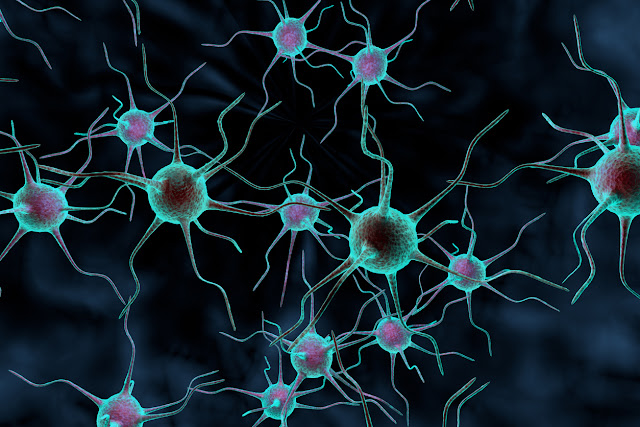 The flu-Parkinson's connection was not the only link the researchers found between viruses and neurodegeneration. In the early 1990s, researchers observed that mice infected with viruses such as measles and herpes had damage in oligodendrocytes (cells producing myelin sheath around the neurons in the nervous system). It is not yet known whether the viruses invade oligodendrocyte, or if the immune system is encouraged to attack oligodendrocytes. Damage to oligodendrocytes leads to MS. One of the virus strains that trigger MS symptoms in mice is the herpes virus 6. The virus is also associated with the development of Alzheimer's disease. In studies, increased levels of human herpesviruses 6 and 7 were observed in Alzheimer's patients in four key regions of the brain. Based on genetic and proteomic data, researchers have found that herpes virus 6 may increase the development of amyloid plaques in Alzheimer's disease. Such a correlation does not prove that the virus causes disease but shows that pathogens play a role in neurodegenerative diseases. HIV is another virus in which researchers suspected of brain damage like Alzheimer's or Parkinson's. In the 1990s, scientists observed that HIV could cross the blood-brain barrier and then the virus reaching the brain caused neuronal death and weakened the synaptic connections. Vaccination for infection may prevent neurodegenerative side effects of influenza infection. After the link between influenza, MPTP toxin, and Parkinson's disease, scientists have tested their approach on the mouse. 30 days prior to infecting the animals with virus, the study group gave H1N1 vaccine to a group of mice. Non-vaccinated and infected mice developed symptoms similar to Parkinson's, but no evidence of neurodegeneration was found in the vaccinated mice. Further findings are needed to know precisely whether viral infections are directly damaging to the brain. However, according to the findings so far, viruses can cause various brain diseases.
english