why are swiss banks preferred? 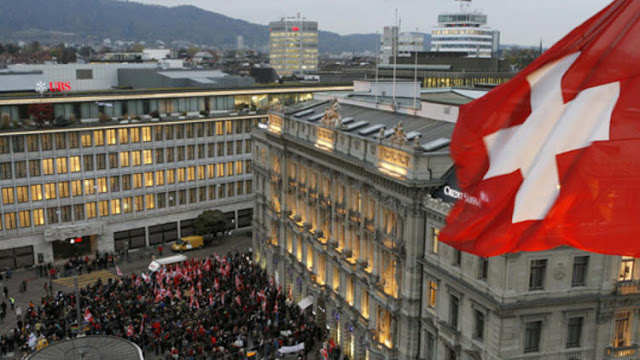 Switzerland is one of the leading European countries. The most important reason for this is the economic strength that the country has. Although it is a very small country, Switzerland is one of the five countries with the highest level of prosperity in Europe. Switzerland, II. He has not participated in World War II and has managed to remain neutral in the middle of Europe. It is known that Switzerland has deep-rooted ties with Germany. II. During World War II, Nazi Germany plundered especially the rich Jewish goods during the war. Among these plundered goods, there were very important capital such as money, jewelry, gold. Almost all the products that were looted were sent to Switzerland during the war and protected by Swiss banks. The most important issue here is that Switzerland is using the secret system to keep the spoils in question. I mean, people do not use their true identity, they give money to Swiss banks as much money, jewelry and so on. They were able to deliver.
II. This system, which was based on the World War II, has been overtaken by the establishment of the European Economic Area in the following years. Many renowned prominent international translators have transferred their money to the Swiss banks, thus causing tax losses on their own countries. Since the notion of "secret customers" in Switzerland is so advanced, many American politicians have missed money from Switzerland in the United States. In the Swiss banking system, if a customer aspires to his true identity, he or she can open an account with another name. Here the initiative is completely owned by the client. However, II. After World War II, Jewish associations filed a lawsuit against Swiss banks and demanded compensation for Jewish spoils. The Swiss banks have paid close to $ 500 million in compensation, losing the lengthy trial case. Although this process may shake the reputation of Swiss banks, Swiss banks are still regarded as the most preferred banks worldwide. However, Switzerland has recently faced a breach of its obligation to keep secrets against countries such as the United States, particularly the European Union countries.
english