what is locked-in syndrome? 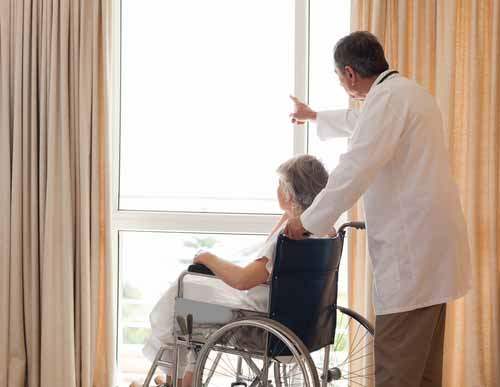 The disease, first described in 1966, made it almost impossible for people to communicate with their surroundings, although they could recognize the situation of the patients. Patients could see, hear, perceive or even suffer, and they could not tell their troubles to the people around them. This situation, which everyone considers you in an unconscious coma, is defined as locked-in syndrome in the medical literature.

The most common reason for locked-in syndrome is that the area called pons is damaged, which allows information to reach other areas of the brain. Another common cause is traumatic brain injuries. Brain injuries can cause damage to the brain stem where the ponsun is located. It can also affect the brain by bringing damage to the veins, which is also secondary. Other causes of the disease include brain stem tumors, drug poisonings, and motor disorders such as Amyotrophic Lateral Sclerosis, also known as Stephen Hawking's disease.


When this syndrome first appeared, the first person to become aware of the fact that the patient's consciousness was in place. The diagnosis of locked-in syndrome can last for months or even years, since the patient's consciousness statement is not easily identifiable. For a long time, the diagnosis of this syndrome has come to an end after the deaths of the patients and the examination of their bodies. Because doctors do not have enough information about the symptoms of this syndrome, they can evaluate the disease as coma and herbal life.

By recording the patient's brain waves, it is understood that the brain waves of these patients are normal. Therefore, the recordings of brain waves in a patient who seems unconscious are important for the recognition of this syndrome. In addition, brain imaging tools such as PET and FMRI are also helpful in diagnosing. Patients who are diagnosed and treated can live long. The vast majority of deaths occur within the first 4 months. If the patient is able to remain in medical treatment for more than 1 year in the treatment process, the patient's survival rate at 10 years is 83% and survival rate at 20 years is 40%. However, there is no definitive treatment for these patients.

The only way for patients to communicate with their surroundings is to have a separate "code" for each blink and eye movement as they are eyes. For example; like when the patient looks up, "yes", when looking down, "no." Even the most advanced phase of this communication is the alphabetic system development with the eye movements of the patient. The patient can communicate by establishing cues in this way. There are even books written by patients with Locked-in syndrome. With the development of technology over time, significant changes were recorded in communicating with patients' surroundings. Infrared eye movement sensors, computer keyboards and paired with a device that translated to speech text was obtained. But these tools are not as advanced as all patients can use, and their costs are very high.
english