what is dsg gearbox? how does it work? 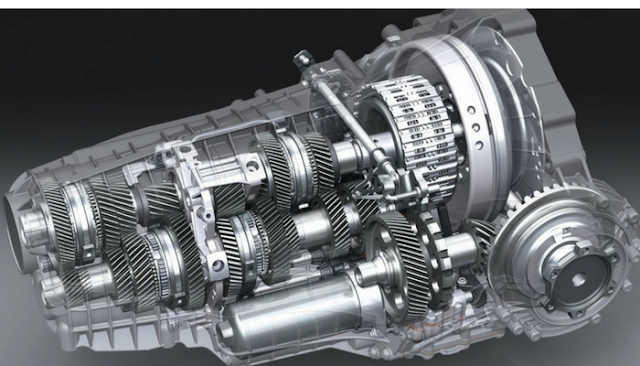 DSG gearboxes do not have a clutch pedal as in other conventional automatic gearboxes, and they have Park, P, Drive-D modes as well. Once you're in action, the gearbox makes gear shifts and controls you. You can also choose the Sport (S) mode to allow your car to stay up to the same speed as the same upstate and move with better acceleration. In this mode your car will move in sport mode. Manual (M) mode also allows you to change gears without shifting the clutch, or if the car is equipped with a steering wheel behind it, the driver can shift gears.

This shift system with its original name "Direct Shift Gearbox" uses a double clutch. Volkswagen uses expectation as a key word for its working principle. Two electronically controlled spindles allow the driver to select the gear according to the next gear anticipation.

The first shaft selects the first gear when the driver operates the vehicle and takes drive mode (D), while the second shaft remains in the standby mode. When the second run is passed, the second run is activated and the first run goes to the third run. Gear shifting continues upwards with a similar logic. The two mille controls allow for quick gear shifting and smooth gear shifts. There are two different clutches for two miles, namely two different clutches. The current 7-speed DSG controls the 1st gear odd gears (1, 3, 5, 7) and the second shaft controls the even gears and reverse gear (2, 4, 6, R).

Conventional automatic gearbox vehicles have more fuel consumption than manual gearbox cars and cause part of the engine power to be lost. In the DSG transmission, two clutches are used with automatic control, making power transmission more effective and contributing to the fuel economy with the reason of having a high number of gears. It also offers faster gear shifting and more comfortable driving on this track.
Although it is good in fuel economy and efficiency, it is an expensive gearbox due to its hardware and technology. In addition, since a shaft is in continuous standby mode, that is to say without waiting for a full clutch, there is a potential for clutch failure in long-term use.