frozen town on the streets of history; tirilye 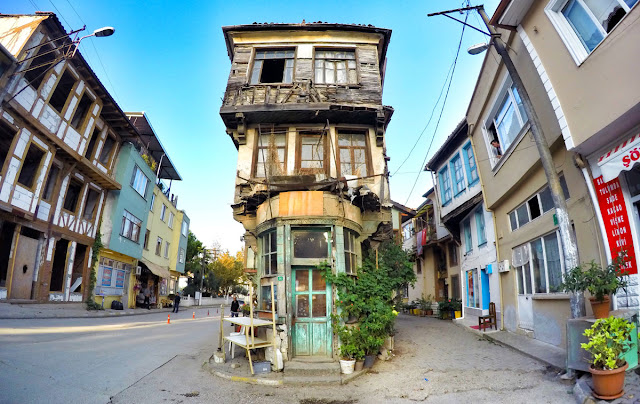 Zeytinbağı Province bound to Mudanya district of Bursa; Bursa is 40 minutes away from the center and 11 km away from Mudanya. Due to the olive farming, which is one of the main livelihoods, the town was changed to Zeytinbağı in 1963 and was renamed to the name Tirilye with the decision published in the Official Gazette on 25 January 2012. With another law issued in the following years, the status of the municipality was abolished and it was declared as the neighborhood of Mudanya.

A Brief History of Tirilye

It is stated that Tirilye, a Greek Cypriot town, which was ruled by Mysia, Trak, Ancient Roman and Byzantine civilizations, was taken over by the Ottoman State between 1321-1330. II. In 1915, the number of Muslims decreased in Tirilye, where 30 households were brought from Istanbul and Beyazıt was moved to Istanbul. An average of 20 households remained. After the War of Independence, after the Greeks separated from the region, they replaced Turks who came from exchange of Crete.

In Tirilye, a basic subsistence source of olive cultivation, silk pestilence and fishing, it is stated that silk pestilence could not be done over time due to the spraying of the grown olives.
Tirilye, which was declared a protected area in the 1980s due to the architecture which carries deep history, Greek and Ottoman texture, which houses different civilizations; blue-and-white houses, historic buildings and streets for those who continue to live.

Tirilye is a small and historic seaside town in walking distance everywhere. Since the main source of income for the people of the region is olive cultivation, it is possible to find shops where olive and olive related products are sold in almost every street. Tirilye day trip to go to the sea, as well as the region's hostels offer accommodation for those who want to stay. In addition to the historical architectural structures that can be visited in general in Tirilye, there are also natural beauties.

The building, called Stone School, It is said that Chrisostomos, born in Tirilye and educated in Greece and returned to Tirilye, built it between 1904-1909. The Greeks used it as a school of "Darü'l Eytam" which was read by orphans and orphans in 1924 by Kazim Karabekir after he left Tirilye, and he learned cultural lessons as well as vocational lessons; In 1986, it was stated that the school's guardhouse was evacuated in 1989 after being worried about the destruction of the old structure of the Stone School on the applicant's application. Today, a ceremony was held on June 10, 2017 and restoration work started.
Fatih Mosque

A Byzantine architecture, formerly called St. It is stated that the church of Stephanos was transformed into a mosque by adding a minaret and a mihrab after the general structure of the building was preserved. At the entrance of the building, Byzantine column heads and dome are expressed as 19 meters. The building is still used as a mosque.